Normally a BobLAN write-up would consist of a list of comedy events that occurred over the weekend. Whilst this weekend was not short of comedy events (eg the frog landing on Trebz's desk, or Themy being comatose by mid-afternoon) it was the collection of quotes that will be the focus of this one.

Before that, let's look at some of the successful gaming events of the LAN. The private PUBG servers were a real hit, although we could do with some smaller maps, or to shrink the initial playzone. The BF2042 multiplayer was promising, despite some problems joining games and only having squads of four players. The other newcomer was GRID Legends, which whilst not a successor to Autosport was nevertheless quite entertaining, especially for those who don't drive every Tuesday. I think all three of these will fearure next time, especially as BF2042 will be on GamePass by then.

Now, here are those quotes: As usual, the write-up will end with a massive thanks to Bob and Lynda, who once again opened their house to us lot. You certainly put on a great event, as evidenced by the turnout. It was great to see everyone - can't wait til April for the next one!!!

After an action-packed setup day, we're now well into Friday gaming. Despite EA issues we managed to play a game of Battlefield 1. Follow the schedule at BobLAN 2022.3

The wait is almost over, and we are now into BobLAN week. It officially starts on Thursday, however there are a few dropping kit off and staying over on Wednesday - does the beer spreadsheet allow for that?!

It is just over 2 weeks to the final BobLAN of the year, so it's time to finalise those upgrades and get your rigs in top form. Wired keyboards are recommended. As always, you will be able to follow the LAN on Discord and via the BobLAN 2022.3 page

Some good news for once - following some maintenance work by Virgin on 5th September, Bob's internet (and Daz's) seems a whole lot better. As you all know, he's been plagued by awful connections on Friday and Tuesday gaming evenings but that all seems to have been fixed (at the expense of my own!). You can check Bob's BQM Graph via the link in Discord for an up-to-date view of his connection.

In an astonishing display of forward planning and decision making, the next two BobLAN dates have been confirmed. They are: It was generally agreed that the Mayday bank holiday weekend was a good one due to the extra day afterwards, and the November date fits nicely after all half term breaks around the country. 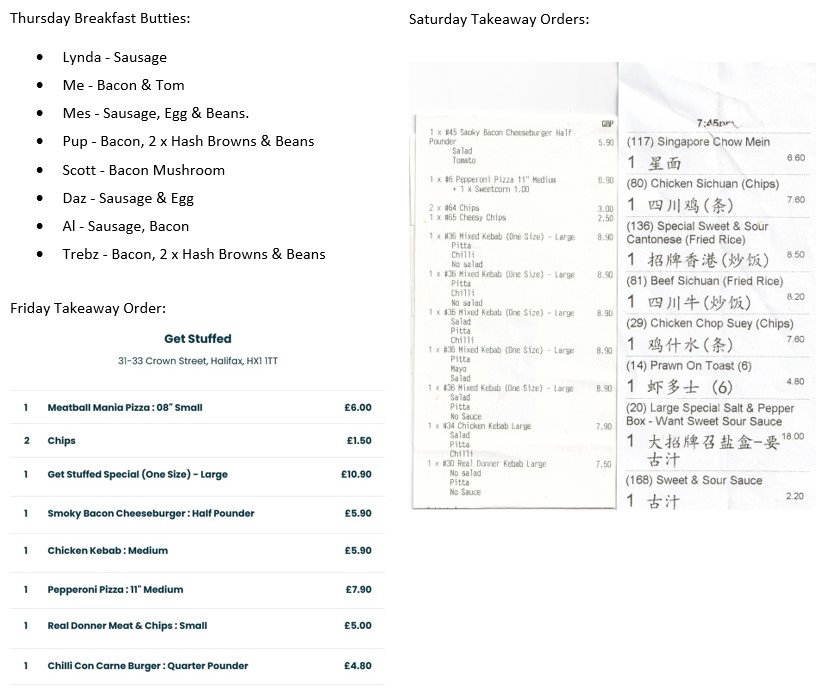